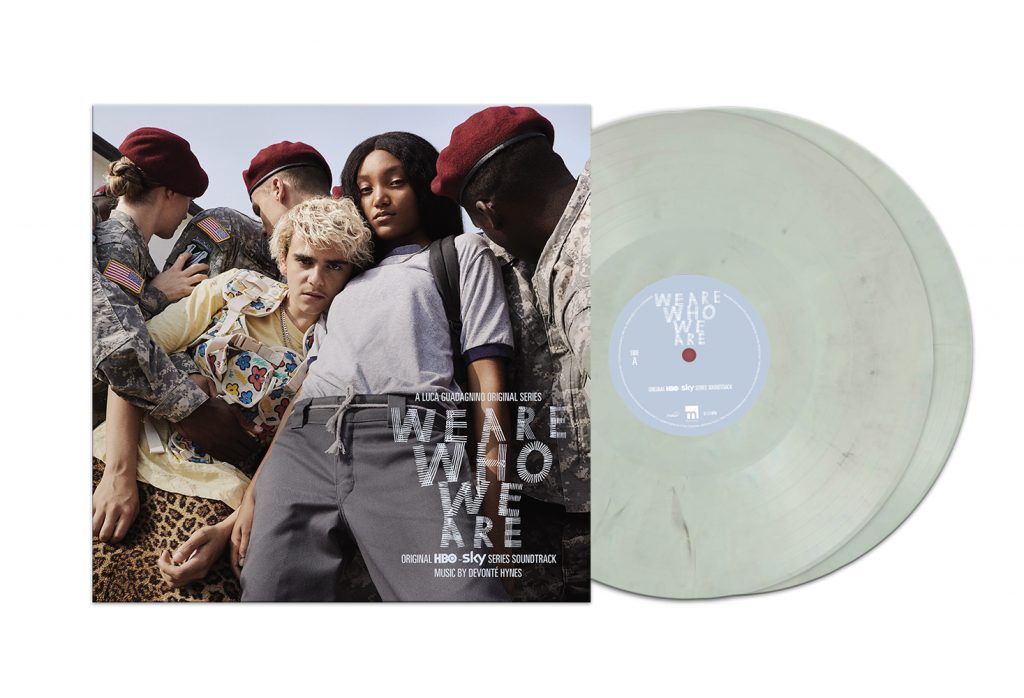 Academy Award® nominee Luca Guadagnino makes his first foray into television with We Are Who We Are, a coming-of-age drama revolving around two American teenagers living on a U.S. military base in Italy.  The eight-episode series explores the convoluted yet thrilling depths of new friendships, first loves and gender identity.

Featuring music by Prince, Radiohead, David Bowie and more, the soundtrack was carefully curated by Guadagnino and Emmy Award-winning music supervisor Robin Urdang to further showcase the messy exhilaration and anguish of being a teenager.  Also included on the album is “Soldier of Love” performed by series actress Francesca Scorsese, as well as three live performance tracks from Blood Orange newly recorded by Devonté Hynes specifically for the show.

Blood Orange’s Devonté Hynes contributes a vibrant, piano-driven score tracks to the series; his airy compositions and colorful synths immersing the viewer in the messy exhilaration and anguish of being a teenager. The score also includes four previously released instrumental tracks from acclaimed composers Julius Eastman and John Adams.

Pressed on a pair of faded green marbled LPs, the gatefold vinyl release features selections from both the soundtrack as well as Devonté Hynes’ Original Series Score.

Various Artists We Are Who We Are (Soundtrack)
Newsletter Sign-up