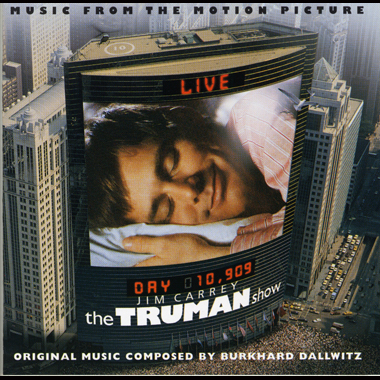 The Truman Show is a 1998 American satirical comedy-drama film directed by Peter Weir and written by Niccol.

The film stars Jim Carrey as Truman Burbank, an unwanted baby raised by a corporation inside a simulated television show revolving around his life, until he discovers it and decides to escape; additional roles are provided by Laura Linney, Noah Emmerich, Natascha McElhone, Holland Taylor, and Ed Harris.

The use of music in this film is as unusual as the concept of the movie itself.