Dickinson is a half-hour comedy series starring Oscar® nominee Hailee Steinfeld. Dickinson audaciously explores the constraints of society, gender, and family from the perspective of rebellious young poet Emily Dickinson.  Created, written and executive produced by Alena Smith and starring Academy Award and Golden Globe Award-nominee Hailee Steinfeld, who executive produces, the second season of Dickinson is available to stream exclusively on Apple TV+.  It debuted with three episodes on January 8 and new episodes continue to roll out weekly.

In the second season, Emily Dickinson (Steinfeld) is pulled out of her private literary life and thrust into the public eye, while struggling with the sense that the pursuit of fame might be a dangerous game for her to play.

Drum & Lace and Ian Hultquist composed the modern and audacious electronic score to the series. The soundtrack also includes the vocal track Split The Lark performed by Ella Hunt.

Of the soundtrack, composers Drum & Lace and Ian Hultquist say, “In Season 2 of Dickinson, we find all of our characters having grown up a bit, for better or for worse, and we wanted our music to reflect that shift as well. The mood of our music is deeper, more mature and evolved to go with the narrative of the new season: ‘What is the cost of Fame?’ This question is asked both internally by Emily, and by those around her. While we definitely kept some of the signature sounds from season one such as (Sofia’s) voice, analog synths & drum machines, we were also able to explore new themes and sonic territories to cover the new narratives at hand. Without spoiling anything, we also had a great chance to work with the cast on some original songs which we’re hoping the viewers will resonate with.” 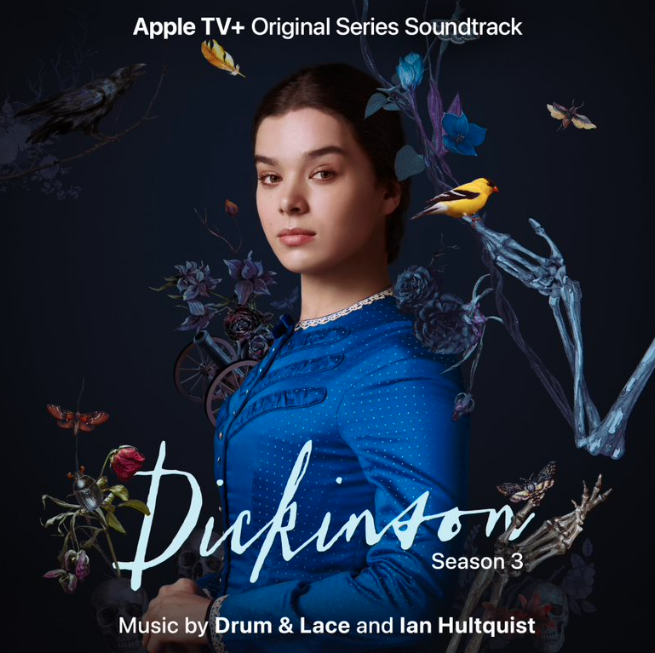