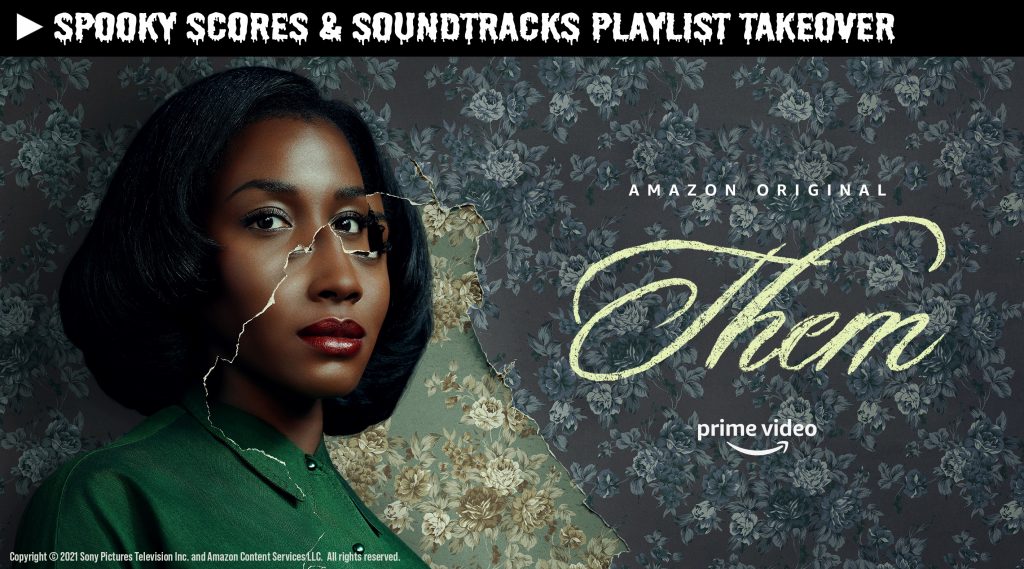 Halloween may be a half year away, but at Milan Records we’re listening to horror music all year round! If you’re in need of a scary score, look no further than Little Marvin & Lena Waithe’s new horror anthology series Them, now streaming on Amazon Prime Video. The show’s first season, set in the 1950s, centers on a Black family that moves from North Carolina to an all-white Los Angeles neighborhood during the period known as The Great Migration. The family’s idyllic home becomes ground zero where malevolent forces, next-door and otherworldly, threaten to taunt, ravage and destroy them.

To celebrate the soundtrack release, we invited Them creator Little Marvin & Them composer Mark Korven (who you might know from his terrifying scores to The Witch & The Lighthouse) to take over our Spooky Scores & Soundtracks Spotify playlist for the months of May & June!

Little Marvin & Mark share their thoughts on some of the music that inspired Them, along with the playlist below!

True Story: A few years back while I wrote the pilot for THEM I listened almost exclusively to my favorite domestic horror scores of the 50s-70s. Chief among the composers: Bernard Herrmann, The Krzysztofs (Penderecki and Komeda), Lalo Schifrin and Pino Donaggio. The only modern composer I listened to? Mark Korven and his score to The Witch. So you can imagine my stunned shock 2 years later when I was handed a short list of potential composers with his name on it… Musical kismet. Love how those classic sounds were shredded through Mark’s insane brain to create a score that’s both throwback and timeless. Enjoy!

For the score for THEM, you can hear some of my influences such as Bernard Hermann and Penderecki. I brought along some of their sonic madness which fit well in the disturbing world of THEM.