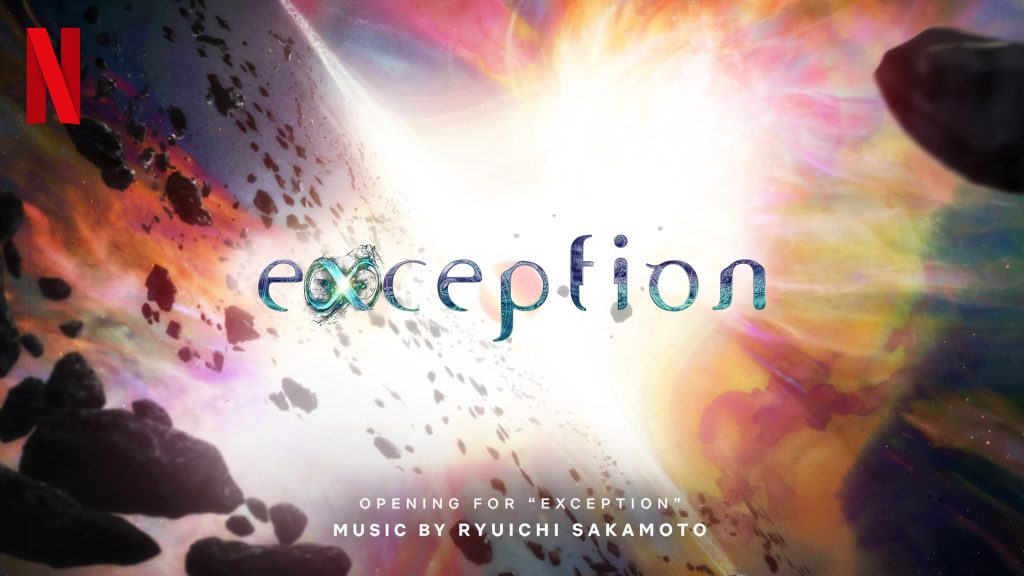 Academy Award-winning composer Ryuichi Sakamoto has graced us with not one, but two stunning new singles today to announce the release of his soundtrack to Netflix’s upcoming sci-fi horror anime exception.

Featured in the show’s newly released trailer, “Opening for ‘Exception‘” arrives alongside an extended version of the opening theme entitled “oxygen,” offering a first preview of the expansive soundscape Sakamoto crafted for the otherworldly space saga. Based on an original story by Hirotaka Adachi (Otsuichi), with character designs by Yoshitaka Amano (Final Fantasy), exception is set in a distant future where humanity has been driven from Earth and is forced to move its population to another galaxy.

Of the music, Sakamoto says, “I wanted to make the main theme a symphonic piece—the kind that has become a staple in science fiction since Star Wars. As for the soundtrack as a whole, I worked towards keeping it darkly ambient, wanting it to feel like one piece of music rather than separated by scene. That said, I did include a degree of harsh sounds in the fighting scenes. Overall, I was able to make a soundtrack I like very much.”

Watch the trailer below and listen to “Opening for Exception” and “oxygen” here ahead of the full album release (October 14) and Netflix series release on October 13.