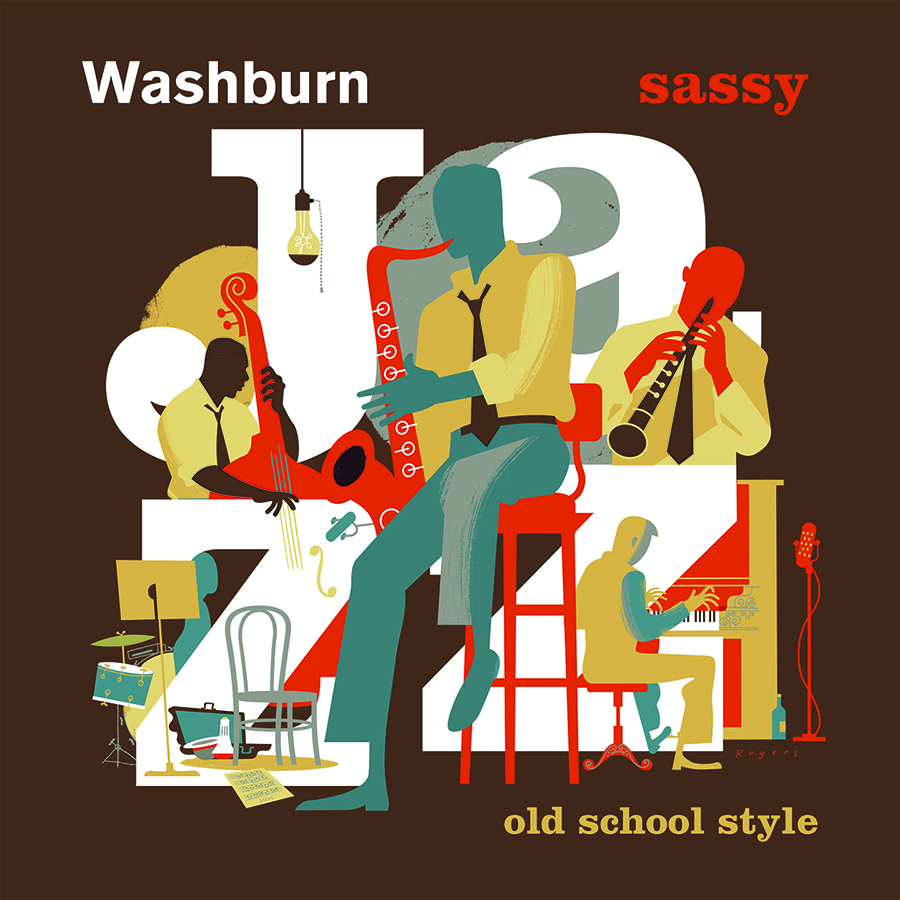 “SASSY” is a collection of Jazz/R&B Tunes, done in the musical styles of the 70’s and ‘80’s, which producer Kent Washburn affectionately refers to as the “Old School Style”. In order to stay true to this musical style from a time when synthesizers and music programming were a rarity, Washburn ensured that as many instruments as possible were recorded using live musicians. The various soloists, whether a Tenor Sax, Vocalist, Clarinet, Bari Sax, Alto Sax, Flute, Flugelhorn or Trumpet, deliver performances that are of the highest caliber, and are melodically and rhythmically captivating to the listening ear. Sassy is a must for the Jazz/ Smooth R&B Markets.

Gary Washburn (aka Washburn) is no newcomer to the music industry. His accomplishments include achieving Gold Record status for his writing and arranging for Motown, being inducted into the Oklahoma Jazz Hall of Fame, being awarded the “Claes Nobel Educator of Distinction Award” by The Nobel Prize Organization, and recognition by the State Senate of Hawaii, proclaiming him “A Living Hawaiian Treasure.” Additionally The Grammy Foundation of NARAS awarded his music program a grant in honor of his unique approach to Music Education. Ten of the twelve compositions on the album were penned by Washburn, and the other two having been written and/or arranged by a former student and his bass player. Select cuts include “Sassy” (Bright Upbeat Melodic Jazz); “Come Closer To My Side” (70’s Pop/R&B); “G’s Thang” (Bar Room Boogie Woogie); “Maxine” (Smooth/Easy Listening Jazz); and “Fun” (Instrumental Pop/Adult Contemporary)
Sassy is coming out on CD and digital on 10/07/2016