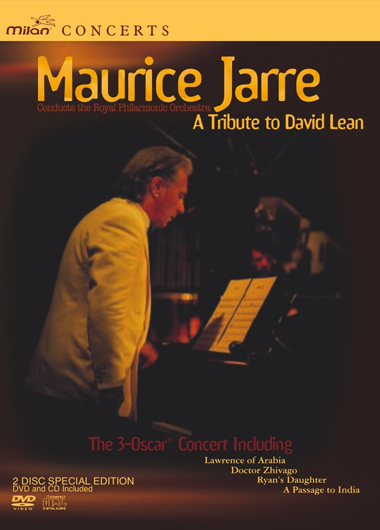 This special edition of Maurice Jarre‘s tribute concert for director David Lean was recorded live at the Barbican Center (London, 1992) with the Royal Philharmonic Orchestra. It includes a full audio commentary of the concert by conductor/composer Maurice Jarre himself, an exclusive 35-minute interview of Maurice Jarre by Christian Lauliac, and the bonus CD soundtrack to this wonderful concert. During the commentary and interview, Maurice shares with the viewer the very complex techniques of how to synchronize the music of a full orchestra with the film’s footage. He also shares many anecdotes about the different films he worked on with David Lean.