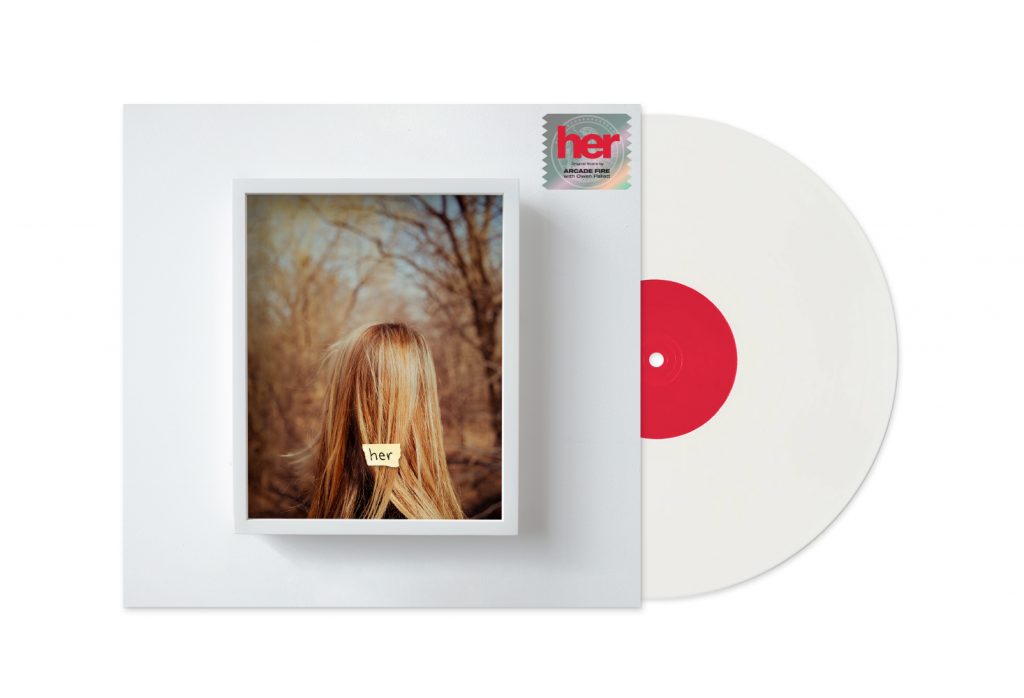 The never before released score for Spike Jonze’s critically acclaimed 2013 film Her has finally arrived! Composed by Arcade Fire & their long-time collaborator and bandmate Owen Pallett, the film’s lush, piano-driven soundtrack received a nomination for Best Original Score at the 86th Academy Awards and is regarded as one of the best film soundtracks of the past decade.

Of the music and the creative process, director Spike Jonze said in a 2013 interview, “What Win [Butler] and I started talking about in the beginning was just that we wanted the soundtrack to have this electricity to it, a current to it, but not to be electronic and not to…use synthesizers at all. For it not to feel synthetic, but to feel like hand-made, but still have an electricity to it, and also just to sort of play this sort of romance and love story and longing of [Joaquin Phoenix‘s character] Theodore.” Wistful, delicate and brimming with nostalgic warmth, the Her soundtrack is a stunning sonic companion to a story of modern love.

This release is pressed on 180-gram white vinyl and includes a 2-sided printed sleeve featuring a new liner note from Win Butler.