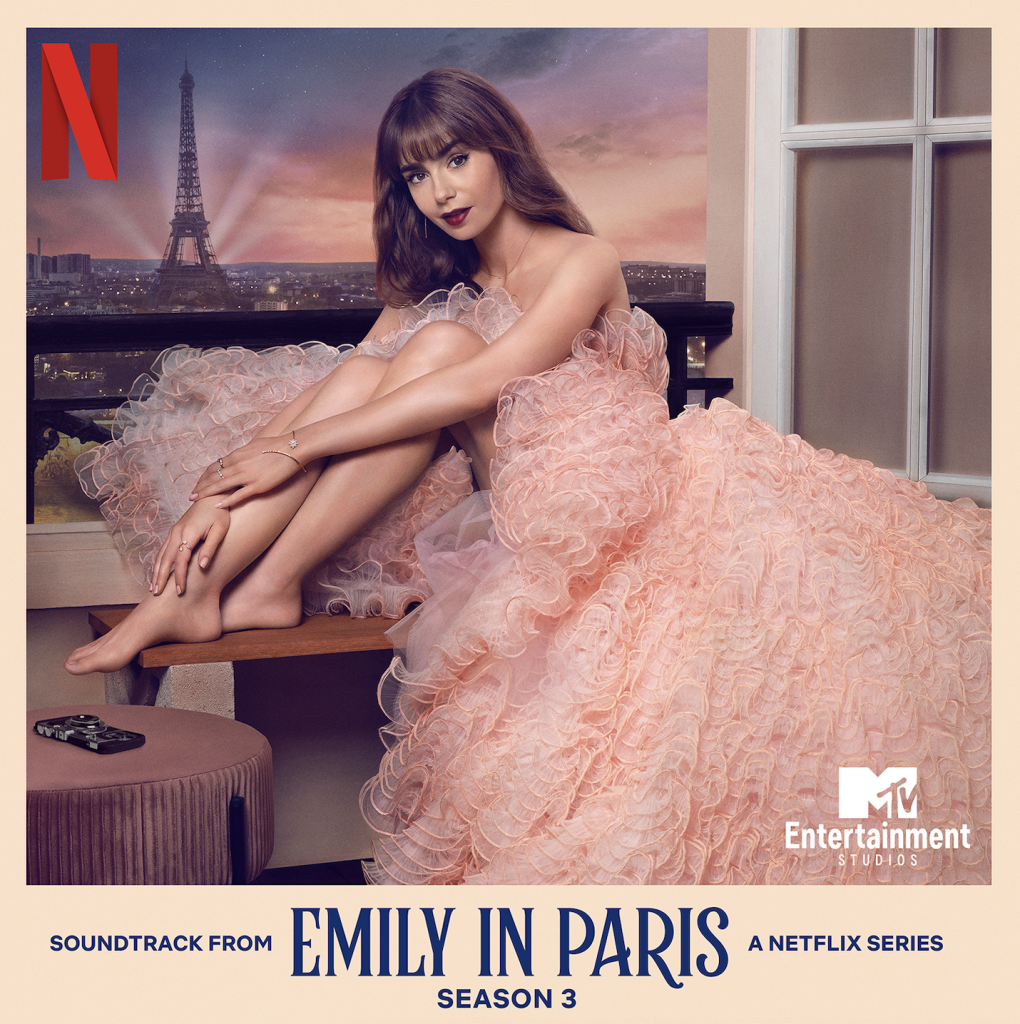 Emily Cooper (Lily Collins), a young American from Chicago who lands unexpectedly her dream job at a marketing firm in Paris. Cultures clash as Emily adjusts to the challenges of life in Paris while juggling her career, friendships, and love life.

Music is at the center of the three seasons of this Netflix Original Series. The Season 3 soundtrack brings new tracks sung by Ashley Park, featuring a Les Gordon Remix of the fan favorite “Mon Soleil” and songs composed by Chris Alan Lee.

Watch the titalations, trysts and tribulations of Gabriele, Alfie, Camille and Emily in Season 3  – now playing on Netflix.