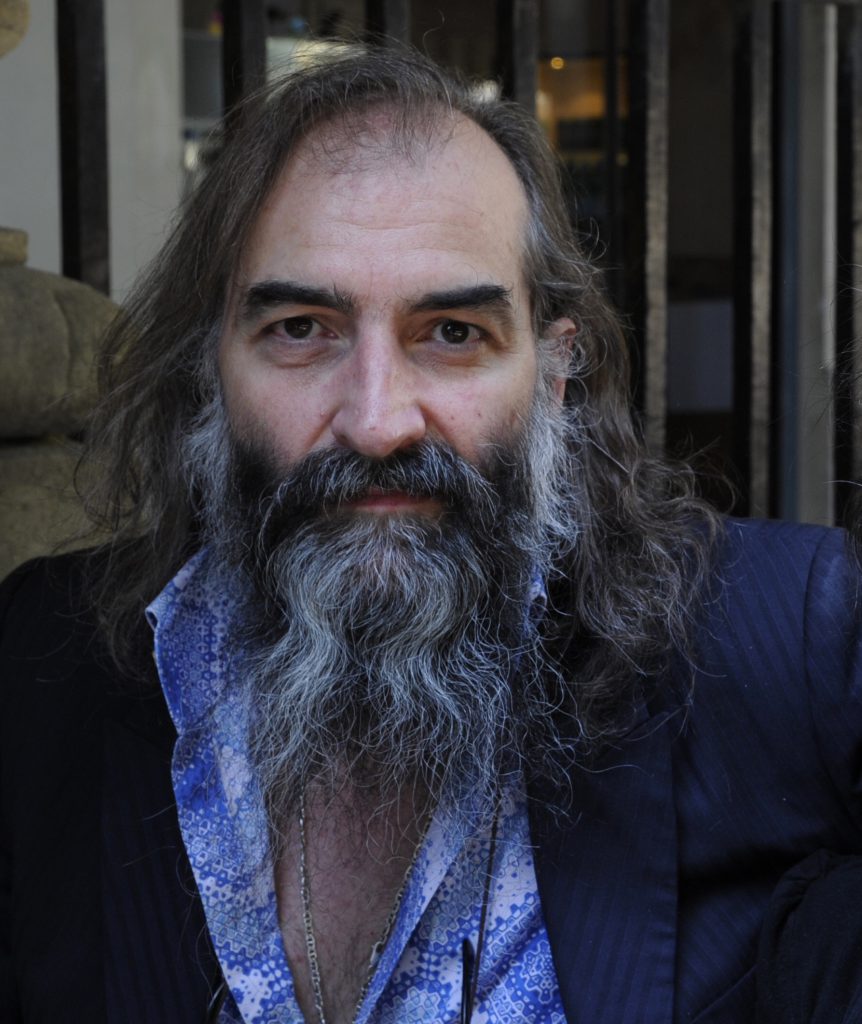 Acclaimed composer Warren Ellis, the creative partner of Nick Cave, recently scored the beautiful music to the Franco-Turkish drama Mustang. Enjoy this interview in which Warren Ellis dives into his creative process.

What lead you to film music?

Like most things in my life, a series of accidents.
I have always loved watching films as long as I can remember. I have always listened to instrumental music, Miles Davis, John Coltrane, Roland Kirk, Alice Coltrane, Stravinsky,Arvo Part informed me just as much as The Stooges, AC/DC, Suicide, Neil Young, Nina Simone, etc. I started playing in bands in the early 90’s. My first band was an instrumental group called Dirty Three. We scored a film called Praise in 1998, directed by John Curran. For that we jammed for a day, gave him 4 hours of music and he cut to that. There was no way we could create a 20 second cue to fit an image. By the mid 90’s I was working with Nick Cave and the Bad Seeds and we developed a close working relationship. In 2004 he asked me to work on the score for The Proposition directed by John Hillcoat and I found the approach I had developed in playing rock and roll gave me a different way into this world. And it also gave me a new found freedom I hadn’t anticipated that I could take back to the groups I am involved in. Creating them directly informed the formation of Grinderman. But The Proposition felt like the beginning of score work for me. Since then I have created over 15 scores with Nick Cave, including The Assassination of Jesse James by the Coward Robert Ford, The Road and Lawless.
Mustang is the first on my own.

How were you contacted to score Mustang?

I met Deniz’s husband, Yann, at a wedding of a mutual friend and we exchanged phone numbers. Some time later he wrote me saying his wife had directed a film and would I like to see an edit. I believe she had spotted the film with music from various scores I’ve been involved with and found it suited the mood of the film. When i saw the edit I was knocked out. I had a big tour coming up and was working on demos for a new Bad Seeds album, and the work required on the film seemed more than the time I had available, so I reluctantly declined. Deniz was 8.5 months with child and she looked at me and said : « I never even thought you would say no » !
I went home and spent the next day working with Reda Kateb on his short film Pitchoune. I explained I was disappointed to say no and he understood. He then said he loved the energy of a first film for a director, that it was unique, and he always tried to do them if he could. My wife kept telling me to do it. And I figured if Deniz could have a baby and keep editing, I could find the time to do the score. I gave her a piece called Les Proies, and she placed it in the film, and I saw a way forward. I called back two days later and said : « okay let’s do this ! »

How did the collaboration with the directors go? A few words on the creative process.

From the beginning Deniz knew what she wanted and didn’t want. It’s rare to find a director who can articulate things about a piece of music that they like or find annoying. She was able to indicate what needed cleaning out, rather than scrapping the whole piece. As she was familiar with my other work,there was a dialogue, which helped. I would work in my studio in the back of my garden, and send her tracks, then she would comment and try them in the cut. We had a little under 3 weeks for the music deadline, so it was down to the wire. And I was finishing a documentary at the same time, Prophet’s Prey. I made several cues from the mixing room at Poptones Studio, playing them down the phone to Deniz, with her commenting on what was working and what was not. Emailing to and from. I enjoy working under tight deadlines.The proposition was done in five days. Jesse James fifteen days over eighteen months, The road fifteen days over six months. It’s similar to how we make rock records. A burst of energy then reflection, then refinement.
I have a feeling Deniz had this film in her head for a long time, she knew exactly what she did and didn’t want. I couldn’t have been happier working with her.This was the first film I didn’t read the script, I reacted on the cut. It’s also the first time I have seen a whole cut before I started working. We made 40% of the score for Jesses James with 30 seconds of image.
Deniz and Mathilde also were very precise about the spotting of music cues. The first cut I saw had the same spots for the music cues as the final cut from memory. The film has a very strong feminine feel, and is so much better for it.

After seeing the film, with orchestral cues spotted, it was obvious that they swallowed the space of the girls emotions. It needed to come from a smaller palette of sounds, rather than broad strokes on a large canvas. I chose the Alto flute as the voice of Lale and the viola as an answering voice, like a chorus in a Greek Tragedy. They both have a nobility about them and also a sadness/melancholy which resists being mawkish. The girls actions are always dignified and I wanted the music to echo this. The alto flute also reminds me of Pat Garret and Billy the Kid, and there was aspect of a Western in Mustang that I wanted to give a certain nod toward. The performances are dignified and strong, and I wanted to avoid over emotive music. It seemed to queer the pitch to some extent, and I like counterpoint when It comes to the relationship between music and image.
In most instances I like creating music without seeing the image, then finding places for it. There’s something amazing about happen. It’s the accidents that continue to mystify me. Quite often when I try to write something specifically for the scene it fails. It’s the same in the studio with songwriting. I think 70% of what I do is done without image, the rest is a process of targeting in on what’s required. With Mustang my immediate thought was of Picnic at Hanging Rock by Peter Weir. There was something with all the hair, the sunlight and unfettered energy. I think there are pan pipes in that score. Maybe the flute was an indirect reaction to that. But in general you are trying to make music that serves the image and that doesn’t over egg things.

I worked from home totally on this one. I have a studio in the shed at the bottom of my garden and have used it to start the basic ideas for everything I’ve recorded since 2009.Then I go into a proper studio and start building the cues. And add strings or whatever the score requires. But for me it all starts in my shed. I am able to work any time of the day. With Mustang I found some of the cues quite quickly. I used a Guitaret as the foundation for some of the cues and built from there. I record, send information, wait for feedback from the director,then react. A constant dialogue is important and these days I react well to being given instructions. It wasn’t always the case. I enjoy working in the studio these days, and soundtrack work allows me to experiment much more. With the band the pace is phenomenal. For Mustang it was about finding the right sounds that did not swamp the actions and images. This is my first score primarily on my own. I like playing music in groups. I am a team player and I like the feed back from other people. With the other scores I have done with Nick Cave, the result is very much a sum of the parts. Each of us has a different skill. On my own,I was forced to look at areas I normally wouldn’t. I found myself listening to other voices in my head. I also work usually with an editor and recordist,and for mustang I did this on my own.It was some kind of learning curve.

It plays the role that is required of it. In most instances it should support the image,add another dimension. I don’t believe in wall to wall music, or music which is there because a director feels we aren’t getting it from the performance. A lot of the time music in films seems like wallpaper or glue. To my taste,scores for Under the skin by Mica Levi, Aguirre by Popul Vuh, Pat Garret by Dylan McCabe and Mrs Miller by Leonard Cohen serve the film well and bring something else, something other worldly. I think Gaspar Noe has a great use of music, and Thomas Bangalter does exciting things.
It’s also great when there is no music. I love Driller Killer and the score for Snowtown is cool by Jed Kurzel. Most of the time I watch films I always wonder why they put so much music and why that kind of music. When the sound, image and action work together in the best way they can create something extraordinary. One of my favorite composers is Artemiev and the films of Tarkosky.
I appreciate in films when effort has been made to heighten atmospheres on the sound stage. I like how involved David Lynch appears to be with his films. Eraser head,The Elephant Man, Mullholland Drive, I love the way we are thrown in a hyper real world.