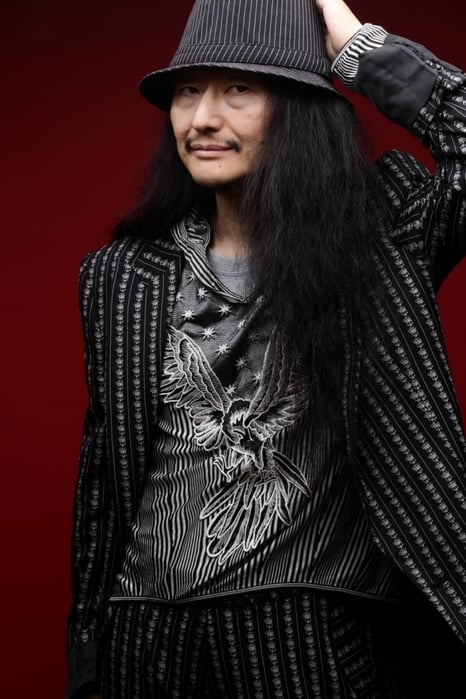 Fans of Japanese cinema and anime are all very familiar with composer Shiro Sagisu for his wonderful work on the acclaimed Evangelion series. He recently scored the two-part blockbuster Attack On Titan. Shiro Sagisu took the time to answer some of our questions about his creative process.

· What is your musical formation? What lead you to film music?

When I was 4 or 5 years old, I used to attend a Quebec church in Tokyo and that is where I first became familiar with piano and violin with a help of the lessons by the nuns there. My father was one of the most legendary manga artists, and he later became a famous screen animator and film producer specialised in “Tokusatsu”, movies that feature special effects at that time. When I was born, he already had a proper film studio next to our house, where we had everything we need to experience all about films. There was so much of showbiz in my life as a child and such an environment was very rare almost 50 years ago in Japan, but that is one of the reasons why I naturally became interested in film music and entered its world smoothly.

· How were you contacted to score Attack on Titan?

I was not contacted by any agents nor film studios. Mr. Higuchi, the director of the film emailed me directly all of a sudden, and asked if I was interested in working with him for the next 6 to 8 months without describing any particular detail. I quickly wrote back saying “I am game with whatever you’re up to” and that was it! It’s because I had been working with him on many projects for the last 25 years.
Mr. Higuchi first explained his film version (which is divided in two parts) as a whole. Since I am based in London and Paris and I don’t spend a lot of time in Japan, I never had the chance to read the comic books of Attack on Titan, nor see its TV series. Later I read the original comics, but I didn’t see the TV version as the director and the producers had told me it was going to be a total different thing from the TV version. I thought I could directly understand and face with the true nature of Attack on Titan as a film.

· How did the collaboration with the directors go? A few words on the creative process…

From the very first meeting to the final mixing, we did exchange tons of emails with music files, movie data, opinions, compliments, etc… I returned to Tokyo at least once a month to meet with the director, which always ended up in long talks. I always imported the latest videos into my Pro Tools and I kept on composing the scores as I watched them so that the music would go along with the movie. The whole movie, which consists of the first and the second, is about 3 hours long, and the amount of music that I wrote for the film is as 3 times as much, and the director heard all of it. As for our creative process, rather than explaining in words, he tried to show me in ways so I could understand him easily. For example, he sent me the music files that he made by replacing and reconnecting the music that I sent him. We exchanged many emails this way, and we constantly kept discussing the film, sometimes over dinner and wine.

· What type of music did you aim at creating?

One of the grand musical themes of this film is, as we call it, “Metal-Opera.” It is a unity of metallic percussions, intense guitar sound and a huge orchestra which includes choirs. To contrast this exaggerated, avant-garde attitude, I tried to weave conventional and local music into the film score. I wanted to make it a parallel world where various eras and regions intersect and co-exist.

· How did the recording go?

I spent composing half a year in Paris, and after that I worked on different tasks in London and Tokyo. I spent 2 months in Tokyo programming the rhythm sections and orchestration. 90% of the recording sessions took place in London, at Abby Road studios with the London Studio Orchestra. I spent 2 weeks there. The rest of the recording took place in Warsaw. Warsaw National Philharmonic Orchestra plays at their hall. After all the recording sessions, 3 weeks were spent only for enormous amount of editing and mixing of the music (both 5.1 surround and stereo), and another 3 weeks were spent for mixing the music with the dialogues and sound effects.

· And the usual question: which role does music play in a film according to you?

It has to be theatrical music, as much as it is a film score. I believe the key is the lapse of time. It is about sharing the same stream of time with particular music cues and scenes in the theatre. It is not until the actors hear a particular cue that they can start acting in a certain way. These cues make it easier for actors to act smoothly, as if music was making them act. I believe that is what the theatre is all about. Fundamentally we human beings may need some music cues for our real life too. Anyone can be a protagonist of a film when they play music in their heads, don’t you think?