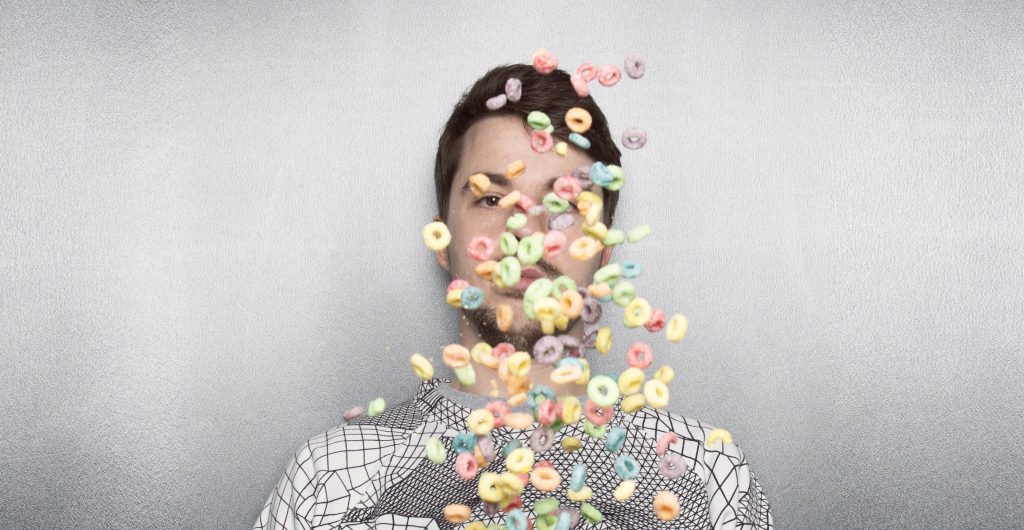 After months of anticipation, Saint Maud was released in theaters last month by A24, and is now available to stream at home via Epix. Directed by Rose Glass, the unholy possession thriller tells the story of Maud, a newly devout hospice nurse who becomes obsessed with saving her dying patient’s soul as sinister forces and her own sinful past threaten to put an end to her holy calling.

In his first ever film score, composer Adam Janota Bzowski drew on his background in sound design to create a haunting atmosphere of dread, unease and tension. In its most sinister moments, Bzowski’s brilliant (and recently BAFTA-longlisted) score flickers and flashes alongside Maud’s descent into divine madness. In others, lush orchestral melodies soar above the earth in an ethereal, euphoric revelation. We recently sat down with Adam to discuss his scoring process and the inspirations that went into creating film’s soundscape.

This is your first ever film score…how did you get your start as a composer and musician and how did you come to score Saint Maud?

Sound itself has always been my primary fascination. Radio static, trains passing at night, echoing through the housing estates. The world is incredibly loud and I like to spend my time listening to it. I had been in and out of various bands trying to ‘make it’ whilst working as chef, until my good friend Zak convinced me to quit and pursue music full time, for which I am forever grateful. For a number of years I was doing adverts and sound design for media until a chance meeting at a party gave me the opportunity to score Saint Maud.

What was it like working with Director Rose Glass? Did she give you any reference points for what she wanted the score to sound like? How did you develop the sonic palette of the film from there?

Working with Rose was incredibly effortless and freeing. She gave me room to experiment whilst guiding me down the path that fitted with her vision. We were looking to accentuate the claustrophobic and suffocating tone of the story, as though we were inside the head of the protagonist,  Maud. I had constructed a folder of noises, loops, drones and textures I called a ‘Colourbox’. From these, Rose and Mark Towns (the editor) had access to palette of original sounds to assist in the assembly of the film, which then formed the skeleton of the music cues I would later flesh out.

What was the most difficult part of your creative process while working on Saint Maud?

Creative burnout is a big obstacle for me. Being able to create on demand, to brief, to a deadline can be difficult thing to ‘switch on’, especially when working on a film for months at a time. There was one particular cue called “I Think It Went Well” that just wasn’t working, no matter how many version I had made. We ended up rewriting it completely at the last moment, even after it had done all the festival premieres. The new cue ended up being my favourite part of the soundtrack, all 56 seconds of it.

There’s a pulsating sense of unease and understated suspense throughout the film – are there certain instruments or techniques you used when recording?

I recorded a lot of acoustic instruments that I then heavily processed using cassette tape and guitar pedals. Most of the sounds used in the score are incredibly slowed down flutes or autoharps. It is a very easy technique to create textures that have a familiarity to them but sound very unique. We had the luxury of time so I spent many nights just recording and processing sounds, yielding hours and hours of material which then has to be sifted and refined till you reach those couple of seconds of something special. Sometimes you can sink a lot of time into it and get nothing worthwhile, plenty of trial with plenty of error.

There’s also a foreboding clicking or flickering noise you that recurs throughout and ends up working quite nicely as a foreshadowing device – how did that idea come about and how did you record that?

I’m glad you noticed this, it’s the closest I came to creating a refrain or recurring motif, which are obviously very common in most film scores. I walked round my studio with a drum stick and hit everything I could find, creating a library of individual percussive noises. Desks, chairs, shelves, picture frames, anything. Then through heavy processing I encountered this signature ‘click-clack’. It felt like something was straining inside Maud’s head, ready to snap – or a light switch turning off her restraint.

The film’s final credit song and title track, “Saint Maud” has a much different, almost revelatory mood than the rest of the score – can you tell us a little about your vision for that track?

This piece was part of an album I was writing before I landed the Saint Maud job. It was a record inspired by grimoires and the occult, with each track being named after a different spectre, spirit or demon. Unfortunately it had been rejected by the record label for theological reasons, so was just collecting dust. It seemed a shame to go to waste so I pitched it to Rose who loved it. Ending on the cues tender sadness works as a good antidote to all the films intensity.

Now that you have your first film score out in the world, what’s next for you? What sorts of projects are you interested in?

I would love a chance to explore more melodic work, regardless of genre. Scoring for ensembles has always been a key goal, so I may attempt that for a solo record if I find the time. My tastes are extremely varied so I am open to most projects as long as the story is right. I recently watched Walk Hard: The Dewey Cox Story – writing pastiche pop songs seems like it would be a lot of fun.

Saint Maud is now playing in select theaters and is also available to watch via the EPIX NOW app. The official soundtrack is available everywhere digitally and on vinyl via Mondo.