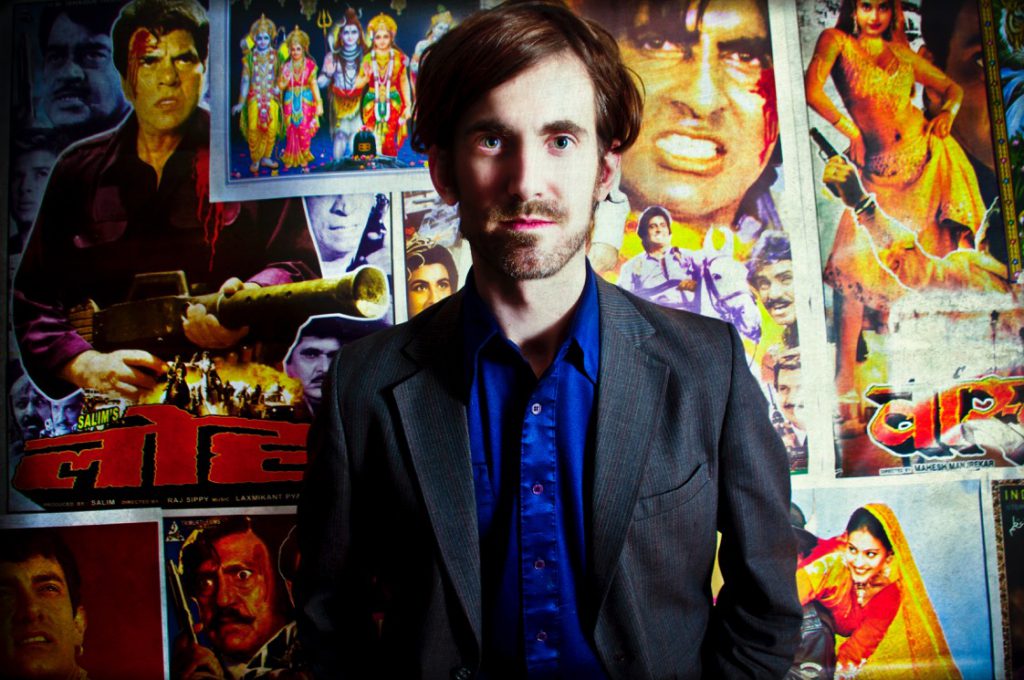 We sat down for a nice chat with composer Daniel Hart (Ain’t Them Bodies Saints) about his recent work on the up coming film Tumbledown. Daniel Hart crafted a folk-influenced and guitar driven score. We asked him a few questions about this exciting project.

What is your musical formation? What lead you to film music?
I’ve spent most of my life playing music, from violin lessons as a young child, to school orchestras, singing in choirs, and playing in bands with my friends. I’ve spent most of the last decade as a touring musician, playing with St. Vincent, Other Lives, Broken Social Scene, and my own band, Dark Rooms. David Lowery heard some music I had written for a solo album I was recording in 2009 and asked me if I would write a couple pieces for his first feature film, St. Nick. Without knowing anything about what I was doing, I watched the film and recorded a couple short pieces evocative of what I saw. David liked what I wrote for St. Nick and I really enjoyed making those pieces, so he asked me to compose the music for his short film Pioneer, which lead to working together on his next feature Ain’t Them Bodies Saints.

How did the collaboration with the director go? A few words on the creative process…
Unfortunately, Sean and I never met in person. They were editing the film in Vancouver, Sean lives in Maine, and I’m based in Dallas, TX. We had a lot of Skype sessions, watching the film together, talking about music, making each other laugh. The first time we spoke on the phone, he said to me, “I like people who are a little weird.” I said, “Me too. I’m a little weird.” To which he replied, “Yeah, I got that sense from you.” I think we both understood right then that we would really enjoy working together.

Sean really liked what I had done for Ain’t Them Bodies Saints, and wanted a similar tone for Tumbledown score. Beyond that original request, he mostly just let me explore whatever direction I thought the music should go. There was a point about halfway through the film where I was working on music for a scene and thought, “this piece needs a vocal melody in it”. Because the film is about a songwriter and already includes a whole slew of heartbreakingly beautiful songs from Damien Jurado, I was apprehensive about including further vocals, even just “ooh”s, in the score. But I followed my intuition and turned it into Sean for feedback. He was so enthusiastic that we looked for other places in the score where some vocalizations would fit.

How did the recording go?
I recorded a large part of the score at home, as I do with a majority of my scores. All of that went smoothly, and everyone on the film was happy with the results. But we also added a string section and some percussion towards the end of the scoring process at Curtis Heah’s Wahsingtone Studios, in Fort Worth (Curtis mixed the score there as well). The first day we were recording strings at Washingtone, a huge storm rolled through Fort Worth and knocked out the power at Curtis’ studio. The roads were flooding, hail started coming down…We waited for a couple hours, but it just kept going, and the power was still off. I let the string players go, since it didn’t look like we’d be able to record any more that day, but they still couldn’t leave, because of the flooding and the hail. Curtis ended up having to wait 3 days for power to come back. We scrambled to find somewhere else to record the strings similar enough to Washingtone that the parts would sound the same. In the end, it all turned out fine, but that was a crazy weekend.

According to you, which role does music play in a film?
I think music works best in a film when it’s helping to tell the story that the film is telling. That might mean an incredibly minimal score, sparse to make way for dialogue, or even for silence. Or it might mean over-the-top strings and horns, or a sea of cascading 808 snares…If the music is helping to tell the story, helping to achieve the director’s vision, then it’s doing its job.