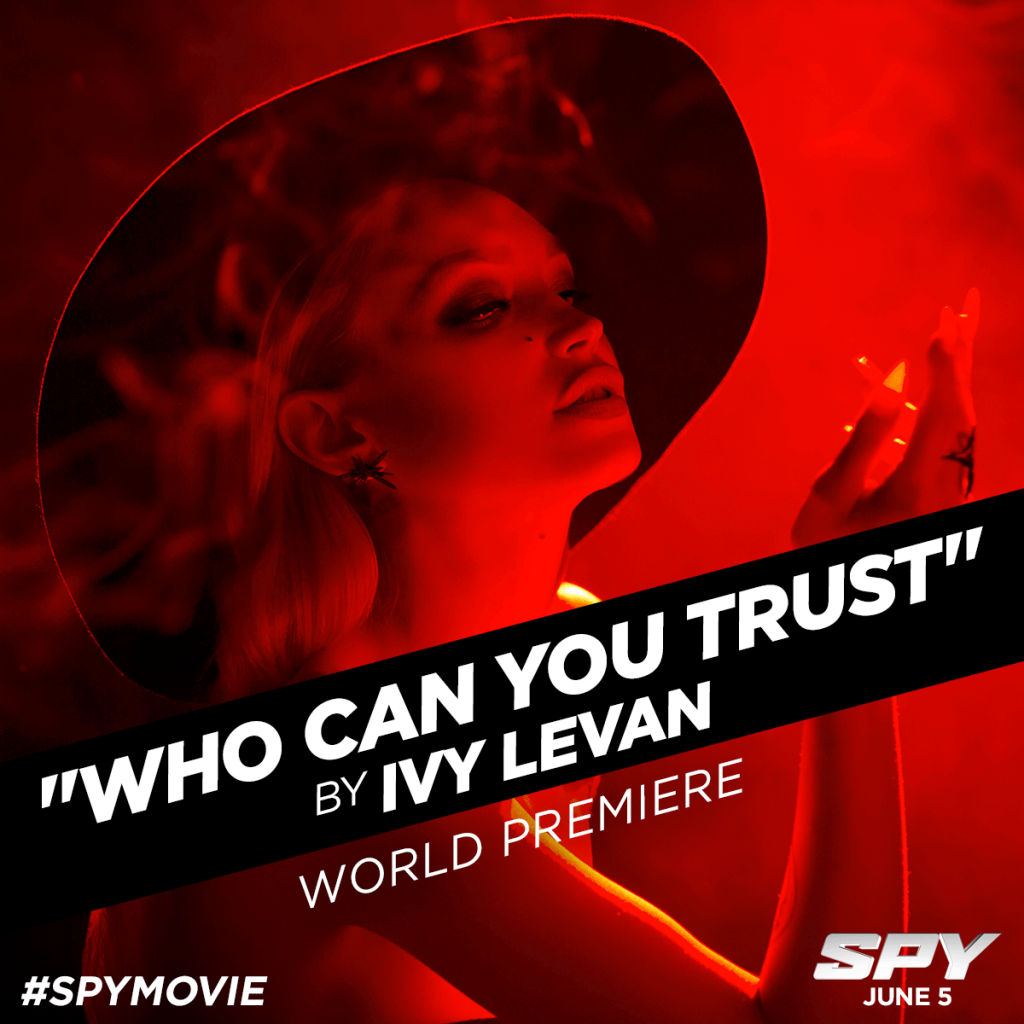 Milan Records is thrilled to debut the official title song for the upcoming comedy, SPY, “Who Can You Trust” by Ivy Levan. Check out the L.A.-based singer/songwriter’s powerful vocals in the captivating video below, and make sure to catch SPY in theaters everywhere on June 5, 2015.

The original motion picture soundtrack for SPY is available from Milan Records on June 2, 2015.