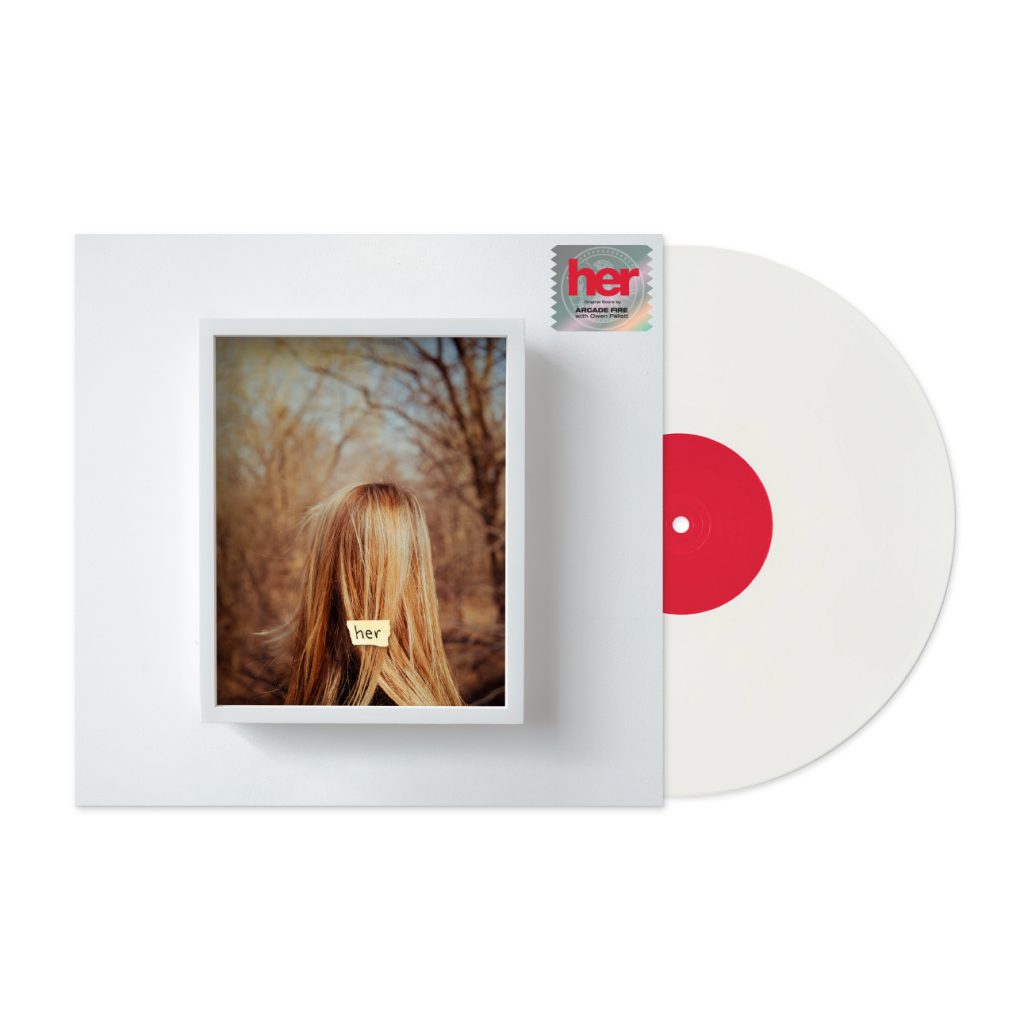 in 2013 Spike Jonze directed the acclaimed Her starring Joachim Phoenix and Scarlett Johansson. One of the film’s highlights was the beautiful score by Arcade Fire and Owen Pallett which ended up being nominated fo Best Original Score at the Academy Awards.

The score was never released….Until now!
We are thrilled to announce the release of the entire score to Her on vinyl, digital and cassette on March 19, 2021.

The LP and cassette are available now for pre-order here. You can also stream “Song on the Beach” ahead of the album release wherever you listen to music.