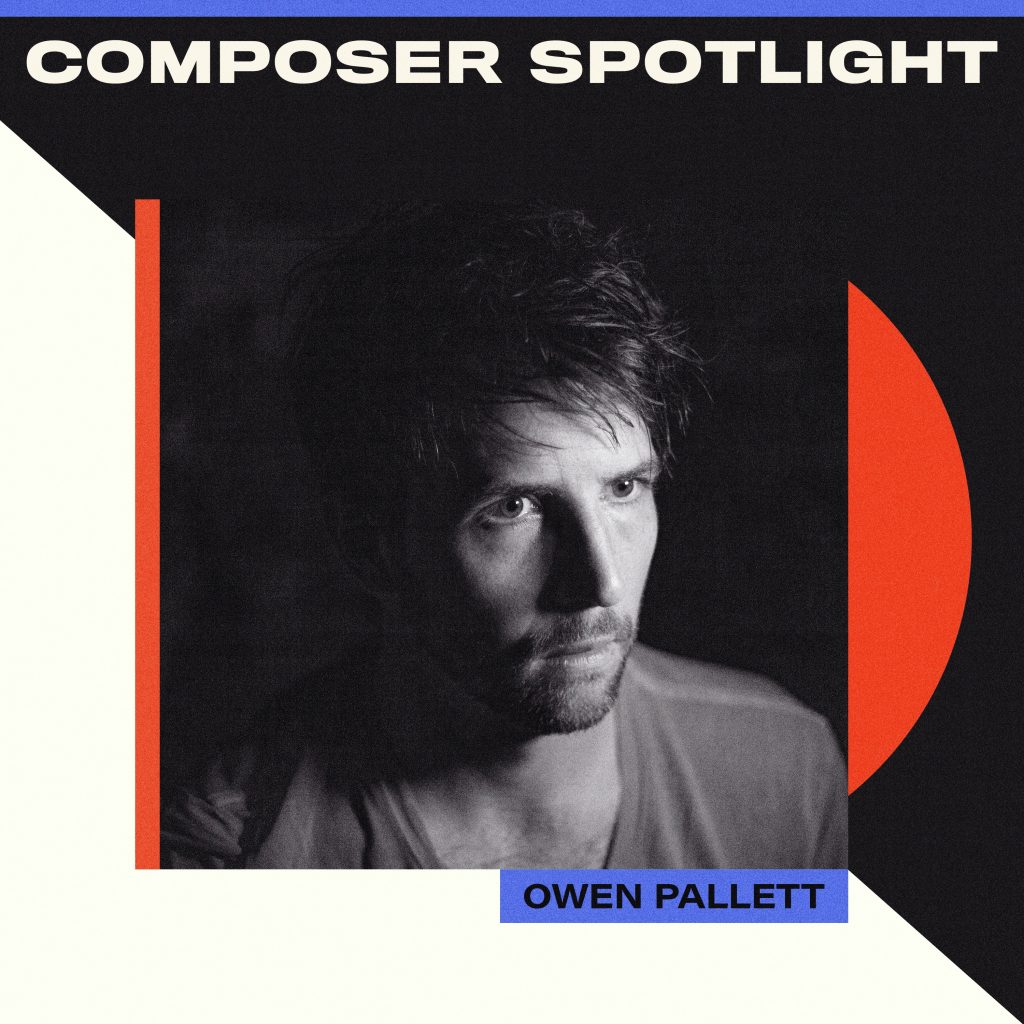 “Fundamentally, the role of a film composer is to realize most-completely the intention of the director.  When a piece of music achieves this, and can also exist on its own independent of its function within the film, you know the composer has achieved something remarkable.” – Owen Pallett

Composer & multi-instrumentalist Owen Pallett is this month’s guest curator of our Composer Spotlight series! The playlist features some of Owen’s favorite scores & instrumental works, as well as a few selections from their own soundtrack catalog, including cues from Spaceship Earth (2020) and “Some Other Place” from Arcade Fire & Owen Pallett’s original score for Spike Jonze’s 2013 film Her – released officially for the first time ever just last month.

Owen takes us through the playlist track by track below + we’ve also got the whole playlist (except for one Jim O’Rourke track) on Spotify here. Enjoy!

Owen Pallett – “Theatre Of All Possibilities (i)” (Spaceship Earth)

Spaceship Earth was fundamentally a documentary about adventurers, and I wanted to give the score a flavour of classic Hollywood Westerns and American idealism.

The score for Spaceship Earth was a lot of music. I needed to cover a broad spectrum of moods, and so there wasn’t much room for repeating duplicate cues. Instead, I wrote several themes that reoccured, in different iterations, in an effort to always keep the listener feeling as if they’re in familiar territory. This cue takes the frenzied business of the earlier cue, and transforms it into a tender piano ballad.

Howard makes perfect harmonic choices, a traditionalist approach that gives every film he scores both elegance and a backbone.

I spent months working on the score for this film with director John Cameron Mitchell, and had to dip out because the window of time I had available elapsed and I had to get back on tour. I’ve been let go from a few films — every composer has. Listening to the finished score on a project you were let go from is always pleasantly bittersweet — and Aaron did an amazing job.

Lesley is a wonderful composer. Kenneth Lonergan seems to be on-the-edge of using existing Baroque classics as his score, but Lesley rises to the challenge to create work that has the timelessness of the Baroque masters with a contemporary veneer.

Arcade Fire and Owen Pallett – “Some Other Place” (Her)

There is really nothing harder to score than a romantic sex scene. Anything with a hint of humour turns it into pornography, and getting too sentimental makes it ridiculous. This cue was especially difficult, as Arcade Fire and myself needed to, essentially, create music during the fade-to-black that would distract the audience from what Theodore Twombly’s intimacy-with-his-phone-app would inevitably look like, if portrayed on screen. The band and I were playing along live to picture, and I remember, when we got this take, we yelled “stop! we’ve got it! we will not get it better than this!” There really is nothing harder than a scene like this.


This cue, accompanying a montage of Biosphere 2’s construction, had to be insistent, building, and monolithic, a slow unspooling.

Hildur’s recent work has been overwhelmingly beautiful. Drone music has become increasingly familiar to the ears of moviegoers, and it’s wonderful to hear composers like Hildur pushing buttons whenever she can.

From his work with The Haxan Cloak to his seamless transition into scoring, Bobby is a master of titillating repetition, sound design, music that is simultaneously inviting and ominous.

Every five years, there’s a score that every single director/editor will use as temp score in a new film. For many years, it was Alexandre Desplat’s score to Birth. Then, it was Mica Levi’s score to Under The Skin. Most recently, it’s Colin Stetson’s score to Hereditary — I have not worked on a film since this movie came out that didn’t use some of Colin’s music as temp score, and for good reason — it approaches “horror” from a position of the ecstatic, not the shocking. The sequence in which this piece recalls final scene of The Wicker Man, when Christopher Lee and his acolytes sing lustily as the sacrifice begins.

Mychael always gets spectacular performances on his scores, bringing in the most talented instrumentalists. I love his work on this film.

I remember when this film came out, this post-rock score was so daring for a Hollywood film. I love cellular writing like this. It operates, to my ears, like a musical Greek chorus — a backdrop that gazes on the movements and actions of the characters with impassivity.

Jim O’Rourke is the best. His Steamroom recordings are endlessly rewarding, his music finds its way (mostly) into films ranging from Japanese melodrama to avant-garde. I am in awe of him.

Since Kubrick started using existing Ligeti works to soundtrack his films, many of my favourite film scores haven’t had a tailor-made score, but have been soundtracked with gorgeous, daring sync choices from the world of the avant-garde. One of the most excruciating sequences I’ve seen in a film is the final scenes of Gus Van Sant’s Elephant, which is soundtracked so effectively by Frances White’s electro-acoustic work.