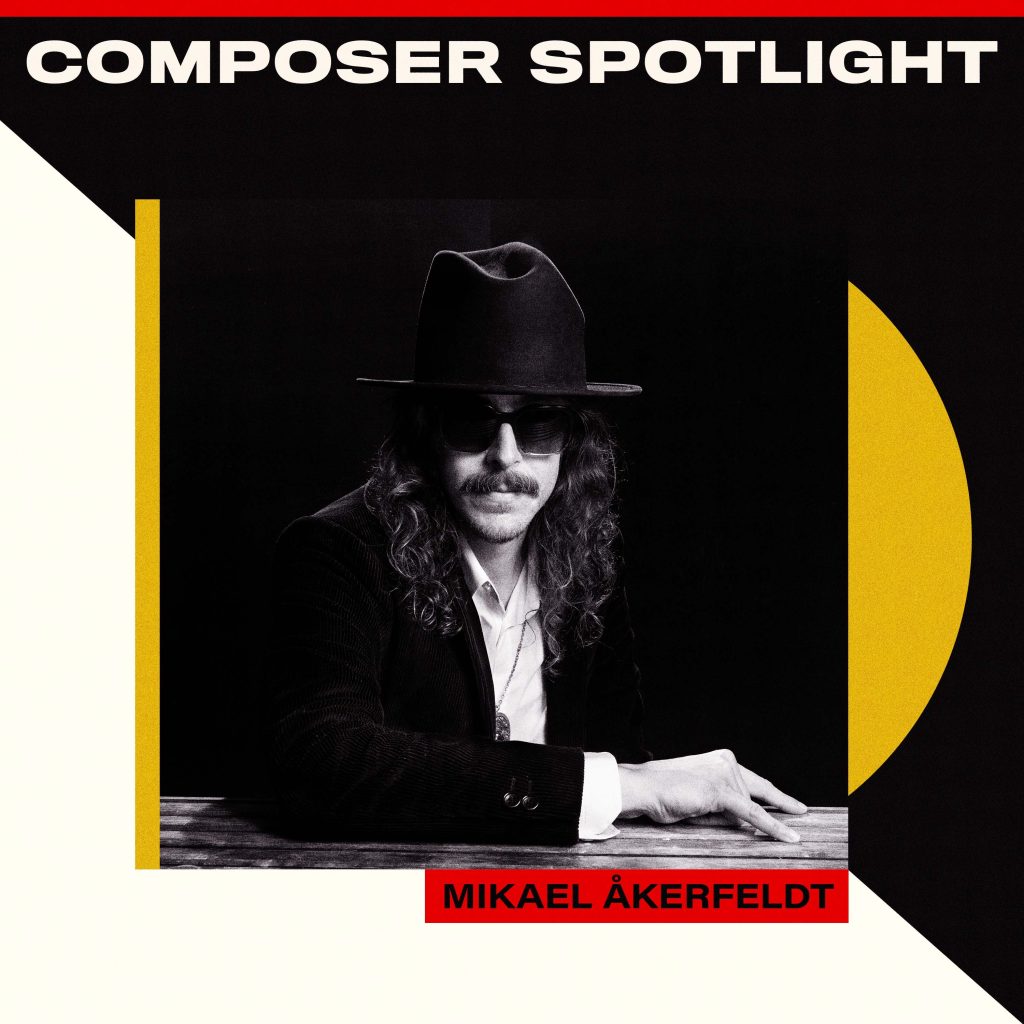 We’re thrilled to welcome Mikael Åkerfeldt as this month’s featured guest in our ongoing Composer Spotlight series! Often referred to as a “walking music encyclopedia”, the multi-talented musician and composer joins us to curate an eclectic playlist of tracks by Miles Davis, John Coltrane, Jerry Goldsmith, a-ha and more alongside music from his latest score for Netflix’s Clark. Check out his full playlist below!

Åkerfeldt is best known as the frontman for progressive metal band, ‘Opeth’, where he is the lead vocalist, guitarist and the band’s main songwriter. Åkerfeldt won a Swedish Grammy in 2003 for ‘Best Hardrock Album’ for Opeth’s “Damnation” album. He was also the guitarist in ‘Steel’ and vocalist/songwriter for death metal band, ‘Bloodbath’. He previously collaborated with Steven Wilson on Opeth’s “Blackwater Park” album and their side-project ‘Storm Corrosion’. He is an avid vinyl collector, walking music encyclopedia, heavily influenced by progressive rock and was ranked #42 in ‘Guitar World’s’ list of 100 Greatest Heavy Metal Guitarists of All Time.

Åkerfeldt‘s atmospheric soundscape for Clark deftly captures the sound and feel of the times in music, ranging freely from swinging 60s style sounds to 1970s progressive rock and psychedelia via heavy metal, tango, funk, jazz, Arabic melodies and indie pop and chill. All of these vibrant layers and textures are skillfully combined to effortlessly underpin the high-octane dramatic content of the series and also to place it perfectly within the context of the times in which the drama plays out.

On writing the soundtrack to Clark, Åkerfeldt notes: “Writing the music for Clark is probably one of the most rewarding things I’ve done musically. It was so fun. Challenging, but fun. I wanted to do a good job of course, and provide music that would fit with the rather bizarre tale of Clark Olofsson. I had to conjure up a sound for him. His sound. It’s all in my head I guess, but it felt like I was on to something after having finished the first track. The immediate feedback from Jonas Åkerlund was almost overly positive. So I just took it from there. During the pandemic I wrote so much music for this project, but I like to think I didn’t stray too much from the “original sound of Clark”. The finished soundtrack record is a downright wish-mash of musical styles. Some sounds I’m familiar with. Other sounds were brand new to me. Or old, depending on how you see it. Brand ”old”? The album doesn’t really make musical sense at all, and that’s pretty much the purpose. Writing music to portray the multi-faceted story of a man like Clark Olofsson was bound to generate some type of musical insanity. It (the music) is just all over the place. Oddly enough, so is my own personal taste in music. Even if many would deem Clark “a man insane”, it really helped me in my work. No boundaries (let’s cross them). No rules (let’s break them). Anything goes….”