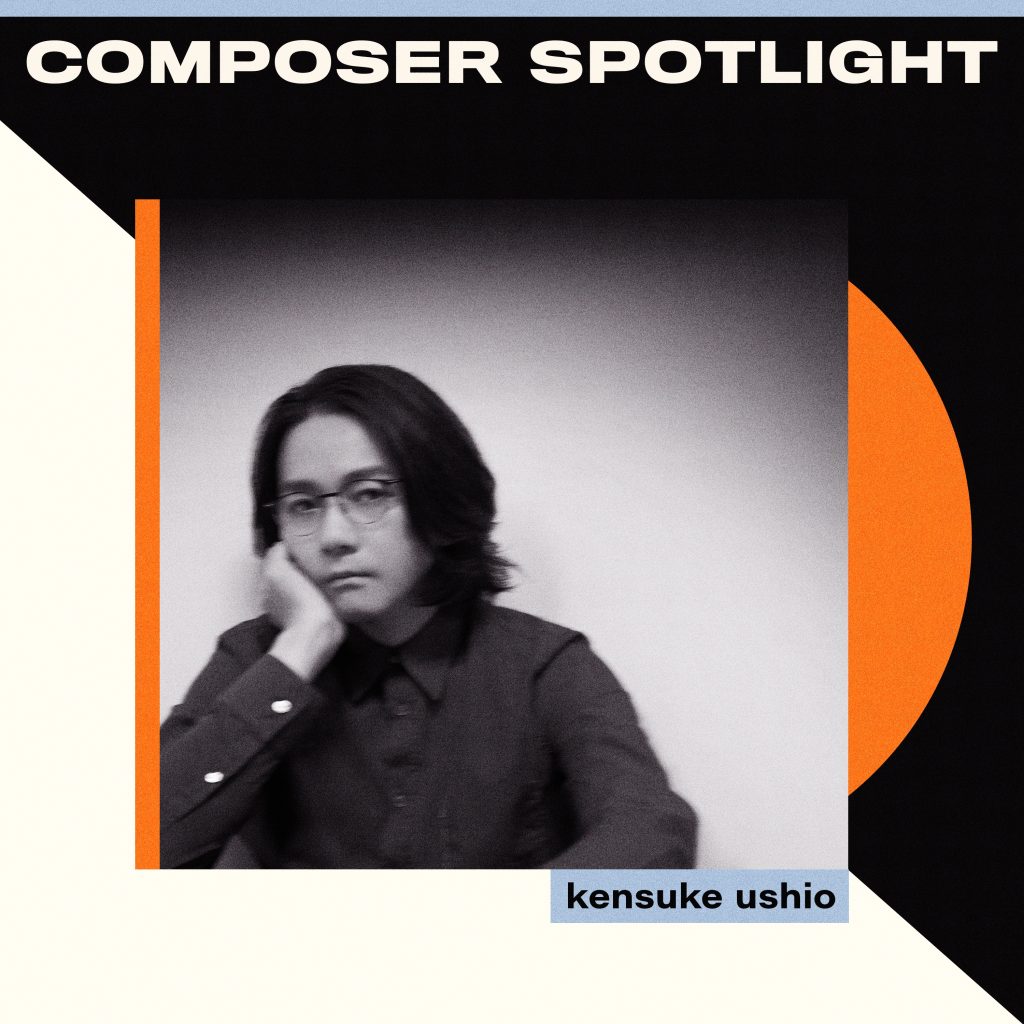 We’re thrilled to welcome Tokyo-based composer, producer and electronic musician Kensuke Ushio as this month’s featured guest curator of our composer spotlight playlist! In addition to his solo work released under the moniker ‘agraph‘, Kensuke has worked on music for a growing list of anime titles including A Silent Voice, Devilman Crybaby, Japan Sinks, Ping Pong the Animation, and most recently The Heike Story & Chainsaw Man, the MAPPA-produced anime adaptation of Tatsuki Fujimoto’s wildly popular manga series of the same name.

With new episodes airing weekly on Crunchyroll, the dark and twisted shonen follows the story of a teenage boy named Denji who makes a contract with his pet Chainsaw Devil named Pochita in order to survive, and is resurrected as a “Chainsaw Man,” with the ability to turn parts of his body into chainsaws by pulling a cord in his chest. With his newfound talents, a mountain of crippling debt incurred by his late father and little direction in life, Denji begins working as a Devil Hunter with a special experimental Public Safety unit, battling devils that pose a threat to society. From blood-soaked, action-packed fight scenes to poignant emotional flashbacks and quiet slice-of-life moments, the music of the series plays a pivotal role in setting the tone as the story unfolds. Kensuke has already released two editions of score EPs (Vol 1 & Vol 2) from the first seven episodes ofChainsaw Man, with the third volume releasing after season finale airs December 28.

With only four episodes remaining until the end of the season, Kensuke joins us to share some of the artists that influenced his work on Chainsaw Man‘s eclectic original score, many of which were some of his earliest forays into experimental electronic music as a teenager. Of his playlist selection, Kensuke comments: “What a mess! For the music of Chainsaw Man, the music that naturally influenced me when I was a teenager was in my head: aphex twin, Autechre, Felix Kröcher…all of them sounded like crazy music to me when I was as young as Denji lol”

Follow the playlist to see which tracks are added when the Volume 3 soundtrack EP is released!