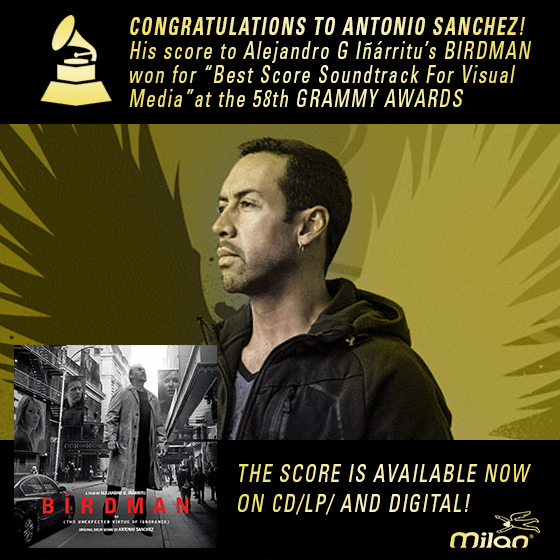 Heartfelt congratulations to Antonio Sanchez for his big night at the 58th Grammy ceremony.
His soundtrack to Alejandro G Inarritu‘s Birdman won The Grammy for Best Score Soundtrack For Visual Media.
We are proud to have been part of this amazing adventure. This is also our first soundtrack album to win a Grammy Award.

Congratulations to Antonio Sanchez, Alejandro G. Inarritu and everyone at team Birdman!

The soundtrack to Birdman feat. a drum score by Antonio Sanchez is available on CD/digital/2xLP on Milan Records.